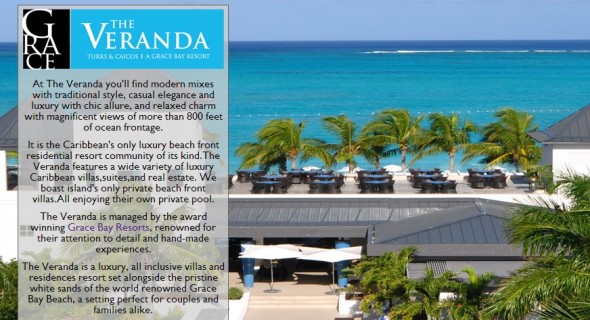 Sandals Resorts International (SRI), parent company of Sandals Resorts,Beaches Resorts, and Grand Pineapple Beach Resorts, has announced the purchase of The Veranda Resorts & Residences in Turks & Caicos, a luxury property with beautifully appointed suites and villas and spectacular oceanfront views along Grace Bay.  The purchase will enable the expansion of the Award-winning BTC when the addition of The Veranda, to be renamed the Key West Luxury Village, is incorporated into the BTC operations; exact date to be announced. In the meantime, SRI will operate The Veranda as a stand-alone resort from December 17, 2012.

The Key West Luxury Village will feature studios, multi-bedroom suites and villas, perfect for visiting families, and will be the first major addition to the property since the grand opening of the resort’s Italian Village in 2009.  In addition to the 16 restaurants currently on property, guests will now have access to three new gourmet-dining establishments through the expansion, as well as a number of other luxurious amenities.

New Fantasyland®, offering immersive enchantment and new interactive experiences, is now open at the Walt Disney World® Resort. Go inside the largest expansion in Magic Kingdom®Park history in this video!

This remarkable program is drawn from the award-winning, Guinness record-breaking 134 hour live broadcast documentary, titled Hurtigruten: Minutt for Minutt and produced in 2011 by NRK, Norway’s national broad- caster. So overwhelmingly popular, it was viewed by more than half the Norwegian population – even the Queen of Norway!

A Norway Passage: The Most Beautiful Voyage is the story of a voyage along more than 1,100 miles of Norway’s spectacular coastline on the Hurtigruten ship Nordnorge.

This unforgettable journey presents stunning images as it takes its viewers from the cosmopolitan city of Bergen to Kirkenes in the far North, stopping along the way at the astounding Geirangerfjord, a UNESCO World Heritage site; the old Viking town of Trondheim, Norway’s traditional historic, religious and cultural capital; the picture postcard lovely Lofoten Islands, whose special beauty is praised by National Geographic; Tromsø, the gateway to the Arctic Ocean; Nordkapp, – North Cape – with its 1,000-foot-high sea cliff, at the very top of Scandinavia; and through the Barents Sea to the Russian border.

Norwegian Cruise Line and the Port of Houston Authority announced today that they have reached an agreement for Norwegian to sail seasonally from Houston for three years, totaling 75 calls, with an option to extend for up to two years. Beginning in the fall of 2014, Norwegian will bring the 2,374-passenger Norwegian Jewel to Houston to sail seven-day Western Caribbean cruises. The line’s return to Houston marks the first time Norwegian has had a ship sailing from the city since Norwegian Dream in 2007. Economic activity from the cruise line each season is expected to generate $50 million* annually, including local purchases of $3.6 million. A total of 222 jobs will be touched, including the creation of almost 100 new jobs. An estimated $941,000 in state and local taxes is anticipated.

“With the growth of our capacity from the upcoming additions of our two new ships — Norwegian Breakaway and Norwegian Getaway, we can expand our existing fleet into new homeports,” said Kevin Sheehan, Norwegian Cruise Line’s chief executive officer. “We listened to the feedback from our travel partners and guests who have been requesting our return to Houston. We are also going back in a big way by sending one of our Jewel-class Freestyle Cruising ships to their very impressive new cruise terminal.”

“The Port of Houston Authority is elated that Norwegian Cruise Line has agreed to return to Houston and sail from its state-of-the-art cruise facility located in Pasadena, Texas,” said James T. Edmonds, Chairman of the Port of Houston Authority Commission. “Norwegian’s presence plays a critical role in Port-related activity, as well as the greater Houston’s tourism industry. We eagerly anticipate Norwegian’s Jewel’s arrival in 2014, when the Port of Houston celebrates its 100th anniversary, and look forward to a long and successful partnership.”

The Bayport Cruise Terminal located in Pasadena, Texas is just outside of Houston is an exciting home port city for cruise travelers looking for efficient and world-class services before and after their cruise. It is conveniently accessible to both major Houston airports. The 96,000-square-foot state-of-the-art facility combines visual appeal, passenger convenience, accessibility and innovative security systems. Passenger access from parking and drop-off areas is immediately adjacent to the front of the terminal. Covered walkways connect the building to bus and private passenger drop-offs and taxi stands. Once inside the terminal, passengers’ first-class experience continues in the expansive great area. The cruise terminal’s proximity to fine restaurants and hotels make it an ideal point of disembarkation.

The 93,500 gross-ton Norwegian Jewel offers an array of incredible accommodations including The Haven, Norwegian’s exclusive and luxurious suite accommodations, featuring the largest suites at sea ? the 5,000 square foot, three-bedroom Garden Villas. The Haven also includes 10 Courtyard Villas that share a private courtyard, complete with swimming pool, whirlpool and a gym. These villas also have access to a private sundeck with large two-person sun beds and hammocks. Positioned high atop the ship, the villas boast incredible ocean views, and impressive amenities, typically found at five-star land-based resorts, including butler and concierge service.

Guests will also enjoy the beautiful views from comfortable mini-suite and balcony staterooms, in addition to an array of well-appointed ocean view and inside staterooms.

As far as activities and entertainment go, Norwegian Jewel has it all. During the day, guests can lounge around the swimming pools or relax in one of four hot tubs, try their luck in the casino; grab at drink at one of the 10 bars and lounges; get pampered in the full-service spa and salon; work off the delicious food in the fitness center offering state-of-the-art exercise equipment or marvel at world-class entertainment.

Families will delight in the exclusive Nickelodeon programming found on board. Activities include breakfast with the characters, where kids ? and adults ? can eat, sing and play with SpongeBob SquarePants, Dora the Explorer, Patrick, Diego and more; Dora’s Dance Party, where kids can join Dora and the Nickelodeon cast to dance and sing along; meet and greets with popular Nickelodeon characters, including SpongeBob SquarePants, Dora the Explorer and many more. There are also other family activities offered, including Nick Jr. story time, family trivia and special arts and crafts sessions.

Kid’s will also have a blast in the line’s new kid’s program, Splash Academy (ages 2 – 12), and teens program, Entourage (ages 13 – 17), supervised by high-qualified and trained youth counselors. Both Splash Academy and Entourage feature a different theme every day. Whether it’s ocean-related, pirates, space cowboys, jungle fever or circus, every day offers a new surprise tailored to the individual age groups.

Norwegian’s cruises from Houston will go on sale to the public in mid-December 2012. To book a cruise, contact a travel professional, call Norwegian at 800-327-7030 or visit www.ncl.com.

*Data according to the firm Martin Associates.

About the Port of Houston Authority

The port is an economic engine for the Houston region, the state of Texas and the nation. It supports the creation of more than one million statewide jobs and more than 2.1 million nationwide jobs, and the generation of economic activity totaling more than $178.5 billion in Texas and $499 billion across the nation. For more information, visit the Port Authority website at: www.portofhouston.com

Norwegian Cruise Line is the innovator in cruise travel with a 46-year history of breaking the boundaries of traditional cruising, most notably with the introduction of Freestyle Cruising which revolutionized the industry by giving guests more freedom and flexibility. Today, Norwegian invites guests to “Cruise Like a Norwegian” on one of 11 purpose-built Freestyle Cruising ships, providing guests the opportunity to enjoy a relaxed cruise vacation on some of the newest and most contemporary ships at sea.

Norwegian’s largest and most innovative Freestyle Cruising ship, Norwegian Epic, debuted in June 2010 and has been named “Best Overall Cruise Ship” by the readers of Travel Weekly and “Best Ship for Sea Days” by Cruise Critic. Norwegian Cruise Line is the official cruise Line of Blue Man Group, appearing for the first time at sea on Norwegian Epic, as well as the official cruise line of Legends in Concert, The Second City®, Howl at the Moon Dueling Pianos, and Nickelodeon, the number-one entertainment brand for kids. Cirque Dreams? & Dinner is also featured on board Norwegian Epic as the first show of its kind at sea under a big top.

The Company has two 4,000-passenger vessels, Norwegian Breakaway and Norwegian Getaway, under construction for delivery in April 2013 and January 2014, along with one larger “Breakaway Plus” vessel for delivery in fall 2015. Known as New York’s ship, Norwegian Breakaway will be the largest vessel to homeport year-round in the city, sailing to Bermuda for the summer beginning May 12, 2013. Norwegian Breakaway’s features include hull art by legendary artist Peter Max, seafood restaurant Ocean Blue by famed New York chef Geoffrey Zakarian, and fitness classes and a retrospective display from the ship’s iconic godmothers, the Rockettes®. The entertainment lineup includes three Broadway shows: Rock of Ages, Burn the Floor and Cirque Dreams? & Dinner: Jungle Fantasy. Norwegian Getaway, the largest ship to homeport year-round in Miami, will sail Eastern Caribbean voyages beginning in February 2014. Sailings for both vessels are now on sale. 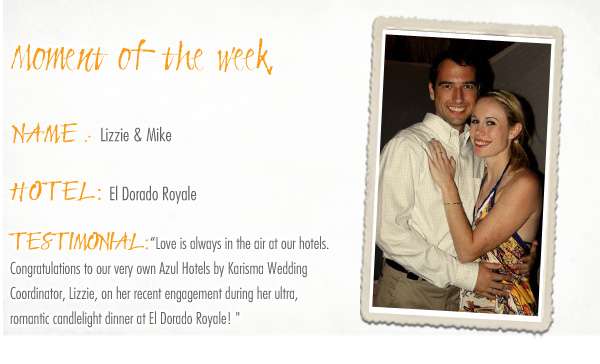 We absolutely love Karisma brand resorts!  El Dorado’s adult only properties offer one of a kind, gourmet inclusive amenities to ensure a value added stay.  Look for a future post, of which we will share all the greatness for you to mull over! 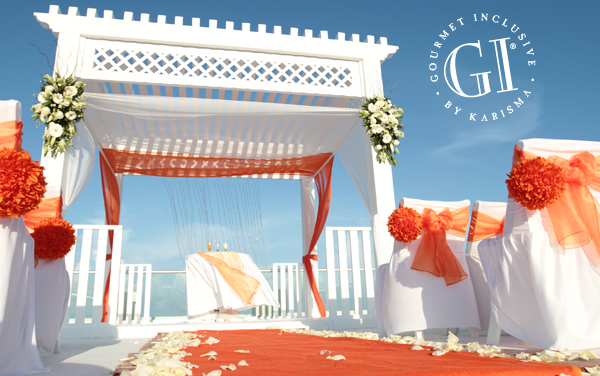